Home Metro News Obasanjo’s government was corrupt, but those who came after him were worse...
Facebook
Twitter
WhatsApp 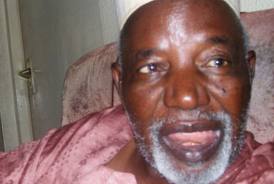 Governors under the aegis of the Northern Governors’ Forum have been heavily criticized for rating former president, Chief Olusegun Obasanjo, as the standard for good governance in the country. The Northern governors, in a release to mark Obasanjo’s 76th birthday, had credited him for leaving legacies in all sectors of the economy of the country.

However, Second Republic governor of Kaduna State, Alhaji Balarabe Musa, has vehemently expressed his objection to the governors’ position, saying it amounted to obscuring the obvious: “No, I do not agree with the governors; their claim is totally false” he exclaimed and likened the position to a case of “one-eyed man being king in a country of the blind.”

While he said the former leader could not absolve himself from the socio-economic crises confronting Nigerians, owing to the alleged failure of his eight year-administration, he acknowledged that Obasanjo-led tenure was better than succeeding administration.

Balarabe also alleged that the regime compounded the problem of corruption in country: “Maybe, the categorisation is because of the absence of real good governance in Nigeria. But Obasanjo can never be a symbol of good governance because his government was corrupt. Of course, those who came after him were worse,” Balarabe claimed.

Culled from the Tribune