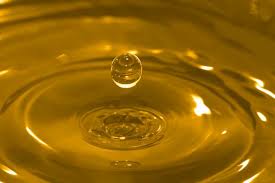 “The revelation of 83 per cent ownership of oil blocs by northerners by Chairman, Senate Committee on Rules and Business, Senator Ita Enang, did not come as a surprise to Niger-Deltans. The only thing is that most of us do not have the names of those involved. President Jonathan should summon courage and step on toes if necessary, but must revoke or review the lopsided ownership of oil blocs in the country” he said.

“What has been happening is that previous leaders of the country, whether military or civilian, from General Ibrahim Babagina, the late General Sani Abacha, Chief Olusegun Obasanjo and the late Alhaji Musa Yar’Adua were allocating oil blocs to people from their areas. Let me tell you, one oil bloc alone is enough to run the Ministry of Niger-Delta and you know what that means. The wealth of the Niger-Delta is in the hands of those who do not produce oil and they are shouting about Petroleum Industry Bill, PIB.

“My concern really is why Jonathan was not giving oil blocs to people from the South. Babangida, Abacha, Obasanjo and Yar’Adua gave to the people. I want to say that his being there is a misnomer, if he does not address this issue of oil blocs. How many Southerners has he given oil bloc since he assumed office, both as acting President and substantive President? The 83 per cent has to be reduced since the oil we are talking about is from Niger-Delta, not from the North. The imbalance was caused when northerners were at the helm of affairs and it was deliberate.”