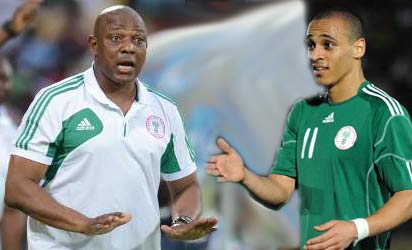 Out of favour Super Eagles striker Osaze Odemwingie might stage a sensational return to the team only weeks after it seemed his days with the National team were over.

It was learnt that Osaze, who has been at loggerheads with his English Premier League club West Bromwich Albion, will be handed a lifeline by his country’s team even after a recent outburst of invectives by the player against Coach Stephen Keshi and the Eagles.

“Osaze will return to the Eagles,” a top official squealed.

“Besides the fact that he deserves to be in the team, it would also be a big boost for Osaze after his troubles with his club.”