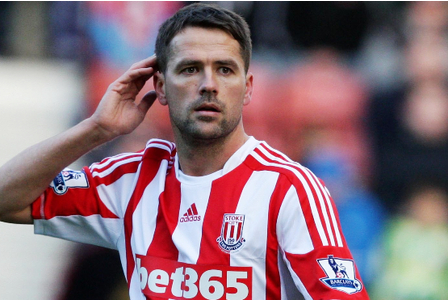 Former England striker, Michael Owen, has announced that he will draw the curtains on his professional career which began 15-years ago with a stunning goal against Argentina in the 1998 World Cup.

Owen made this announcement on Tuesday via his personal website with the following opening statement: “It is with an immense amount of pride that I am announcing my intention to retire from Professional Football at the end of this season” he wrote.

Owen made his first-team debut for Liverpool as a 17-year-old and went on to make 297 appearances scoring 158 goals; making him one of the most sought-after strikers in the world.

In 2001, he was voted as European Player of the Year and twice won the Premier League’s Golden Boot award.