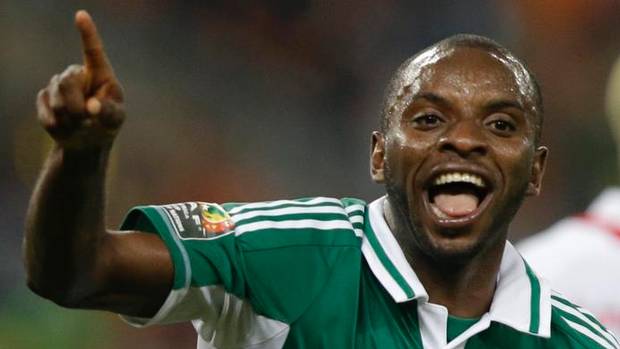 Sunday Mba has made a passionate appeal to Enugu Rangers and Warri Wolves to “amicably settle” differences over his ownership.

It would be recalled that both clubs are currently enmeshed in a bitter dispute of ownership  over the player which prompted Super Eagles head coach, Stephen Keshi to declare that he may drop the player from his squad ahead the 2014 FIFA World Cup qualifier against Kenya on March 23.

The attacking midfielder realizing the potential damage the move could do to his career has decided to voice his concerns about the issue.

“The coach (Keshi) has the best interest of the country at heart and I completely respect his judgment in this matter. He wants the best for the national team and it is only logical that he builds his team around players who are playing regularly for their clubs every week,” Mba said,

Mba, 24, who became an instant hero following his superlative display at the 2013 African Nations Cup in South Africa where he netted the winner for Nigeria in the showpiece final against Burkina Faso, declared that he is in his best form now; allaying fears over his fitness.

“I am pleading with the clubs (Wolves and Rangers) to amicable settle this because for me, I am a professional and I just want to resume playing,” he said.

“I am in great shape physically. As a matter of fact, I think I am in the best condition I have ever been in since I turned pro. I also want the fans to recall that before the 2013 AFCON, the Nigerian league was on break but I still did well at the tournament because I never joked with my training (sessions).

“I have intensified my regimen after the tournament because I understand that the stakes are even higher now and there are so many people who now look up to me as a role model,” the player added.