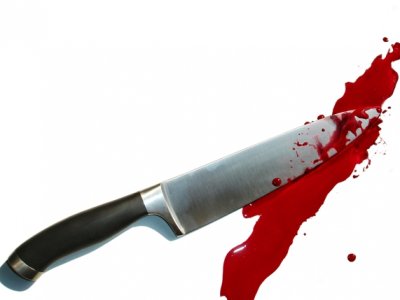 A Palestinian man cut his wife’s throat with a knife before handing himself and his three children to the Palestinian police, who launched an intensive investigation into the crime one figure described as “inhuman and awful”.

The husband gave the knife he used to the police and refused to give any details of the crime except frequent shouts of “I have killed her”.

The 30-year-old victim, Ruwaydah Fakhri Yousuf Al Kurdi, from the village of Al Ram, between Ramallah and occupied East Jerusalem, was taken in a police ambulance to Palestine Medical Complex where the Palestinian Public Prosecution ordered an autopsy.

A police statement said that the husband, accompanied by three children — two boys and a girl — arrived at the Palestinian Police Headquarters and turned himself in, claiming to have murdered his spouse whose corpse he left in the grounds of their house.

The police statement said in addition to giving police the knife with which he murdered his wife, the husband asked the police to look after the three children.

The statement said that the Palestinian Police is currently searching for a safe refuge for the children, who witnessed the murder and suffered psychological shock.

Police sources said the crime took place on Saturday night, and so far the Palestinian police have not been able to find motives for the murder. Initial police investigations showed that the family had a stable life and that their neighbours were shocked by the crime.