Home Metro News PDP Lashes Out At Critics Of Aviation Minister, Ranks Her One Of...
Facebook
Twitter
WhatsApp 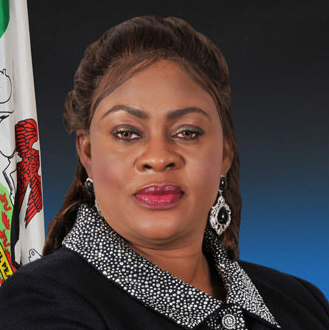 The Peoples Democratic Party, PDP yesterday rose to the defence of Minister of Aviation, Princess Stella Oduah as it described as unfounded the alleged claims of bias against her in the recruitment exercise carried out by some parastatals in her ministry.

In a statement signed by the Zonal Publicity Secretary of the PDP, South East, Hon Odefa Ali Odefa, the party noted that those behind such allegations were only afraid and intimidated by the Minister’s rising profile as well as her achievements since she came on board.

The statement read, “The attention of the South East Zone of the People’s Democratic Party has been drawn to spurious publications in a section of the media alleging unfounded claims of bias against the Hon Minister of Aviation, Princess Stella Oduah in the recruitment exercise carried out by some parastatals in her ministry.

“The leadership of our great Party in the southeast makes bold to state categorically that this baseless allegation is yet another futile attempt by opposition elements to smear the image of the Minister and denigrate her well earned reputation as a distinguished Nigerian and a worthy assets of our great Party, the PDP.

“Princess Oduah, though a proud daughter of the Southeast zone, has proven herself to be a detribalized Nigerian both in her private business and in the discharge of her duties as Minister. The current massive upgrading of airports in all the geopolitical zones in the country bear testimony to this.

“We are proud to observe that Princess Oduah’s performance in office is a major plank of President Jonathan’s transformation agenda. These sponsored provocative publications are designed by opposition elements who are envious of her sterling performance and who feel threatened by her rising profile as a dedicated minister and exemplary member of our great Party.

“For the records, Princess Oduah is not involved directly or indirectly in staff recruitment of any parastatal under her. There is a well established bureaucracy to handle such matters while she concerns herself with the huge task of driving the well applauded reforms in the aviation sector.

“Finally, we make bold to declare that Princess Oduah ranks as one of the best Ministers in the history of Nigeria. Her performance in office is a testimony to the potentials that abound among our womenfolk and is a sure evidence of the success of the 35% implementation by the PDP federal government.”