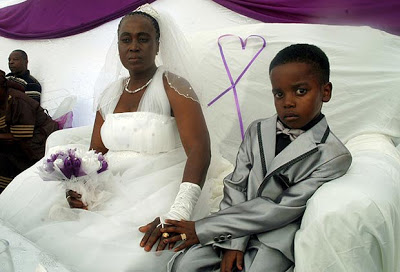 An unusual wedding ceremony between an eight-year old boy and 61-year old woman took place weekend in Tshwane, South Africa with close to 100 people in attendance.

Sanele Masilela (8) and Helen Shabangu (61) had their families present at the union – the bride’s husband and her five children were also at the wedding.

Explaining why the wedding took place, Sanele’s aunt, Patience Masilela (46), said: “The boy was named after his late grandfather who never had a white wedding, so the ancestors told the boy to get married and he chose Helen to be his bride. The family took his desire to get married very seriously. They paid for the bride in March last year and spent a lot on the wedding because they believed it was what the ancestors wanted.”

The bride who was visibly excited, stated: “I’m married and have five kids of my own, but I know that this is what the ancestors wanted, and now they are happy. it is a ritual. we are just playing now, but it is a sign that he will get married one day”.

Sanele who stated his desire to continue his education explained the reason behind the wedding thus: “I told my mother that I wanted to get married because I really did want to. I chose her because I love her and I’m happy that I married her, but I will go to school and study hard. When I’m older I will marry a lady my own age.” 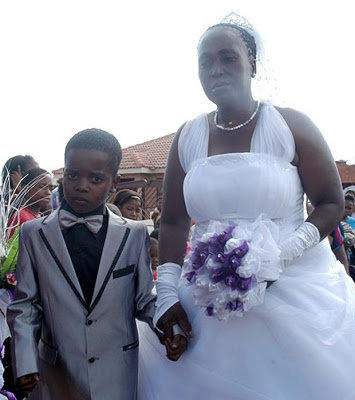 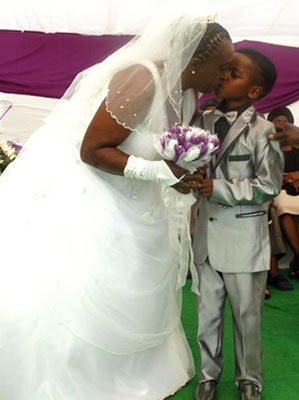