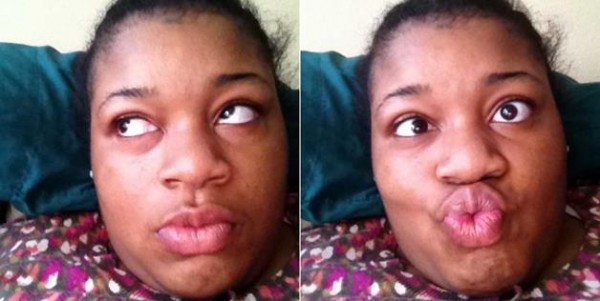 A man who lost his iPad has been receiving pictures that have been taken on it since the tablet went missing.The woman now in possession of the iPad has been taking silly photos of herself, seemingly unaware that the tablet’s real owner Allen Engstrom is able to see the images on his iPhone, thanks to iCloud.
The iCloud feature syncs data across more than one Apple device.Engstrom has been posting the pictures on his Facebook and Twitter pages to entertain his friends and followers, but also in the hope that someone will recognise the woman and help him get his iPad back.

He told KTHV: I have no problem with putting it on Facebook, because hey, it’s fun for me and it’s apparently fun for a lot of other people and there’s always the chance that someone will say, ‘hey, I know who that is’.

Engstrom added: “It’s been a continuing fountain of entertainment for me. It’s just like I’ll wake up one day and they’ll be new pictures there and I’m like, ‘oh my gosh, she has no idea’.

He stated that his name and email address are engraved on the back of the tablet so the current owner can’t have mistaken the iPad for her own.The woman’s pictures have gone viral on the internet, with many offering to help keep an eye out for the culprit.