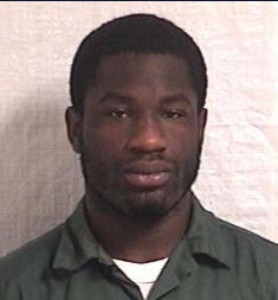 The sicko charged with helping a Bronx man chop up and dump his mother’s body said he only assisted in the gruesome task because the schizophrenic son’s words turned him into “spaghetti.”

William Harris, 26, told the Daily News that he buckled under orders from Bahsid McLean to dispose of the dismembered body of McLean’s, 52-year-old mother Tanya Byrd.

“He was yelling,” Harris said in an exclusive interview in a visitor’s room at Rikers Island. “I just turned to spaghetti. My insides were spaghetti. I didn’t know what else to do.”

He said he dared not argue with the baby-faced McLean — who even snapped a cell phone picture of himself holding his mother’s severed head as a trophy.

“A lot was happening,” Harris said. “He was screaming. . . . I was against what he was doing, but I did it because of his condition.”

McLean allegedly killed his mother before carving up her corpse with a 2-foot Black & Decker jigsaw inside their Westchester Ave. apartment, sources said.

Bashid McLean, 23, in a picture from his cell phone, poses with what appears to be his mother’s severed head, say sources.

Harris, who was caught on security camera carrying bags stuffed with Byrd’s remains, was arrested soon after cops collared McLean on Tuesday.

Byrd’s remains were stuffed into garbage bags and dumped in four locations around the South Bronx.

Investigators found the chilling self-portrait of McLean grinning with his mother’s decapitated head on his cell phone.

Byrd’s sister, Casandra McLean, said she was not surprised that her nephew could allegedly coax someone into performing such a grisly chore.

“I believe that child,” she said of Harris’ claim. “My nephew, Bahsid, is the one who ultimately needs to pay for this crime. He’s the one who killed Tanya.”

The deranged son, who is being held without bail, is scheduled to appear in court on Monday.

McLean wore a plastic garbage bag during his last court appearance, because he kept wetting himself before the hearing.

His relatives have said that McLean has a history of violence, but is overstating his mental-health issues to avoid a murder charge.