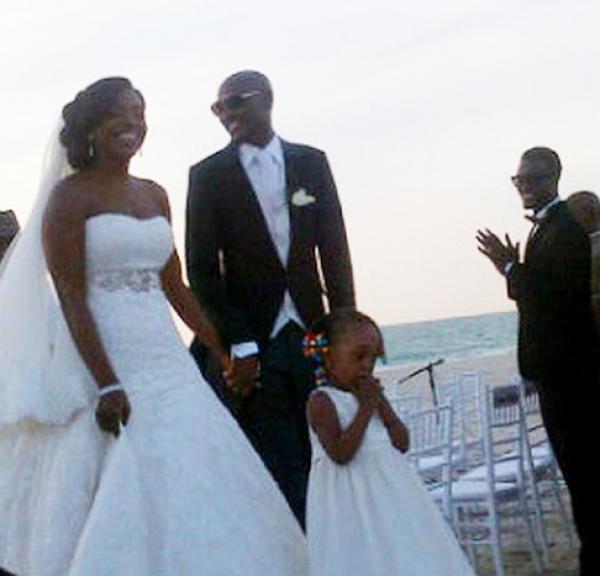 Information Nigeria has confirmed that the 2013 Corvette Coupe sports car that was seen in photos at Tuface and Annie Idibia’s white wedding in Dubai, UAE, was given to the power couple by none other than Tuface’s kinsman and Senate President, David Mark.

The wonder-on-wheels which has a Manufacturer’s Suggested Retail Price of $47600 (N7.5m), excludes destination freight charge, tax, title, license, dealer fees and optional equipment. The automobile has been described as “the top-selling high-performance sports car in its segment”.

This will make it the second time a top government official will be donating an expensive car to the couple as it would be recalled that they were recipients of a brand new Toyota Prado SUV from Akwa Ibom state governor, Godswill Akpabio during their traditional wedding some weeks ago. 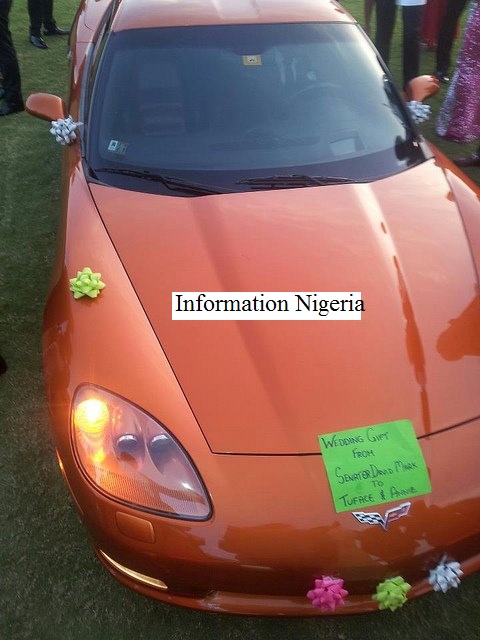 See the name on the green paper pasted on the hood of the car which reads “Wedding Gift From Senator David Mark To Tuface & Annie.” 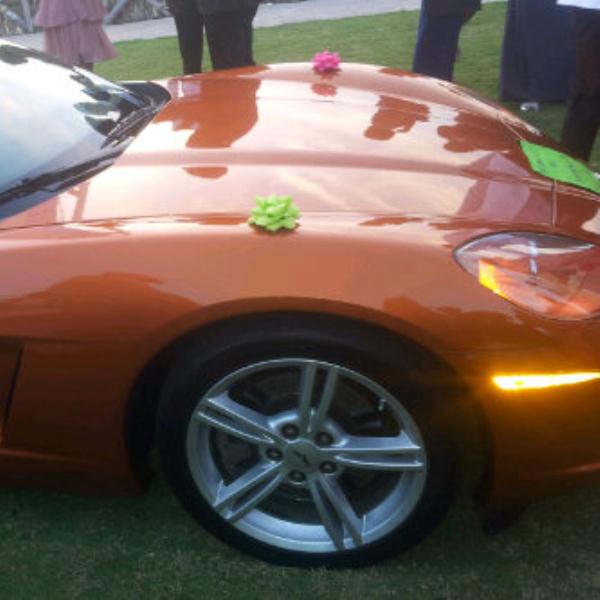