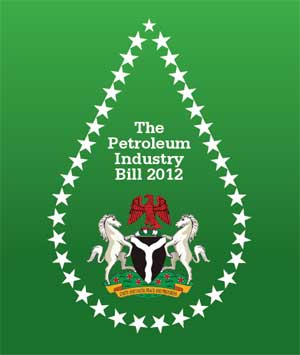 The contentious Petroleum Industry Bill on Wednesday opened up a can of worms as Chairman of the Senate Committee on Business and Rules, Senator Ita Enang said that 83 per cent of oil blocks in the country are owned by Northerners.

“There should be equity and federal character in the allocation of oil blocks in this country. Eighty-three per cent of all present oil blocks are held by northerners,” Enang said on the floor of the Senate, without a dissenting voice from any of the senior lawmakers.

For instance, Enang stated that Cavendish Petroleum, the operators of OML 110, awarded to Alhaji Mai Deribe of Borno State (North East), makes an average of about N4bn monthly. He thereafter demanded a review of oil block licences in the country even as other senators from the South urged him on.

“These need to be looked into, revoked and re-awarded. The Federal Character which is a principle applicable in every aspect of our national existence should also be brought to bear in the application of our oil blocks, marginal fields and prospecting licences.”

Enang’s disclosures came amid a consensus among the lawmakers on the need to let the bill sail through second reading, while further legislative work would take care of the contentious issues.

Meanwhile, debate on the general principles of the bill would be concluded on Thursday (today).