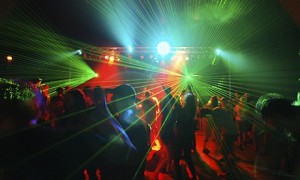 Dubai Police have shut down a youth-oriented club following complaints by concerned parents of patrons stating that the establishment’s clientele was restricted to those aged 12-21.

Police said the concept of a nightclub exclusively for those below 21 years of age had upset families. “Parents said teenagers should not experience what it is like to be in a nightclub,” police said.

The Criminal Investigation Department at Dubai Police (CID) had ordered the nightclub shut and the hotel concerned had been asked to allow only people over 21 years of age into such places. The club in the Grand Midwest Hotel opened in 2012.

The official said many parents had expressed the view that teenagers were better off engaged in activities such as arts, sports and social service rather than frequenting nightclubs. The nightclub used to remain open from to 9.30pm for the 12-15 age group and from 10pm to 2.30am for the 16-21 age group.

Police said it was unacceptable to host young people outside their homes in such surroundings until the late hours.

Parents who spoke to newsmen said that they appreciated the step taken by police to close down the nightclub.

A Pakistani mother of two, who works as a teacher, said she was shocked when she saw schoolgirls as young as 10 and 13 discussing the nightclub where they were handed a green wristband and encouraged to find a boyfriend, whereupon they would be given a red one to show they had found a partner.

“I really wanted to cry when I heard this. How dare anyone teach such things to the children?” the teacher said. Adnan, a Lebanese national, said that his 16-year-old daughter asked him that she be allowed to go to the club with her friends. “I could not understand how they allow 16-year-old boys or girls to stay till early in the morning with older men aged 21 or even 18,” he said.

“Whoever came up with this idea should be punished and I appreciate police for taking the step of closing it,” he said.

Another parent said such places could misguide youth by luring them into inappropriate behaviour. “I really thank police for taking steps to protect children by closing such places,” said Laila from Abu Dhabi.

Another parent said that children who visit such clubs risked ending up as frequent visitors at bars and pubs once they were independent.

A spokesman for the hotel later told newsmen that the club will no longer host anyone under the age of 21. [GN]