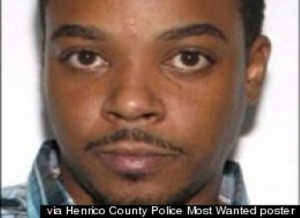 A judge in Virginia has scheduled a two-day trial to begin in June, for an aspiring rapper who tried to sacrifice his friend – to become a member of the elusive ILLUMINATI group.

Wafeeq Sabir El-Amin, 27, was denied bond by the judge who called Wafeeq a “danger to the public.” What happened? Well police say that Wafeeq shot his friend in the head inside a music studio while he slept. The victim awoke from a drowsy sleep to see Wafeeq pointing a gun at his head and saying that he needed to be sacrificed,.

The bullet ricocheted off the victim’s hand sending bone and skin fragments into his eye, according to the warrant, but the victim was able to get hold of the gun and shoot El-Amin in the stomach before he ran off.

Wafeeq, who was heard shouting “You are my sacrifice” as he pulled the trigger, believed that a sacrifice had to occur in order to join the Illuminati.

Investigators recovered more than a pound of marijuana from the Athens Avenue home, according to the search warrant, as well as literature dealing with the Illuminati and its alleged connection to the music industry.