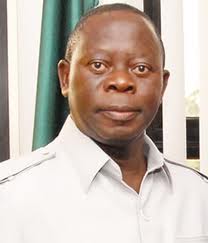 Adams Oshiomhole has stated that poverty is not an act of God. The Edo state governor stated this yesterday in Victoria Island, Lagos at the presentation of the book, ‘Financialism: Water from an empty well,’ which was co-authored by former Lagos state governor, Senator Bola Ahmed Tinubu and former Consul General of United States of America to Nigeria, Mr. Brian Browne.

In his words: “There is so much contradiction in our polity. Poverty is not an act of God, it is the result of socio-economic history and with proper management, we will consign it to the back page of history,” he said.