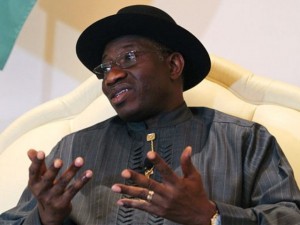 Contrary to the growing belief that the Federal Government will remove subsidy on oil totally and hence increase fuel pump price, the Presidency yesterday said it had no plans to remove oil subsidy.

In a statement by Presidential Spokesman, Dr Doyin Okupe, in Abuja, the presidency made it clear that despite President Goodluck Jonathan’s recent remark concerning subsidy, the administration, as a matter of policy, had no plans in that direction.

Dr Okupe, who said the President was mindful of the reactions and plight of Nigerians, also maintained that sufficient allocation for fuel subsidy has already been made in the 2013 budget “therefore there is no cause for alarm on removal of fuel subsidy.”

On March 20, at the Nigeria Economic Summit 2013 held in Lagos, President Goodluck Jonathan had unveiled a platform of economic development for the country predicated on full removal of fuel subsidy raising fear among many Nigerians, anger and disgust in several others.

Dr Okupe said the President’s remark at the Economic Summit in Lagos, “was a frank, intellectual and well-articulated contribution by the President to the discussion on the Nigerian Economy at the said Summit, and it was from a honest and sincere leadership perspective”. 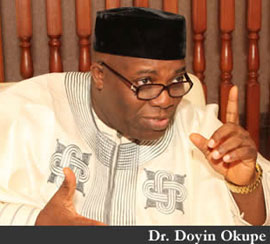 According to Dr Okupe, “the President and this administration are not insensitive to the plights of the Nigerian Masses and will continue to pursue and execute policies and programmes that are in the overall interest of majority of Nigerians and that will bring the greatest good to the greatest number of our teeming population.”

“It is an undeniable fact that every responsible leadership, genuine stakeholder and patriot must be worried when a nation spends about N1 trillion, an equivalent of about 20 per cent of the national budget, on subsidy paid out to a few companies and enjoyed in the main by very few elites, while the common man benefits only minimally.”

“Contrary to the speculation in the media and assumption by certain groups within the polity, we wish to state categorically that, the removal of oil subsidy is not on the table of the Transformation Agenda of the President. The statement made by President Goodluck Jonathan at the recent Economic Summit held in Lagos was a frank, intellectual and well articulated contribution by the President to the discussion on the Nigerian Economy at the said Summit, and it was from a honest and sincere leadership perspective,” Okupe said.

“Finally, for the avoidance of doubt and at the risk of being repetitive, this administration is not considering the issue of removal of fuel subsidy in the nearest future and certainly will not embark on any such programme without extensive consultations and engagements across the various segments, interests and stakeholders in the Nigerian polity,” he said.