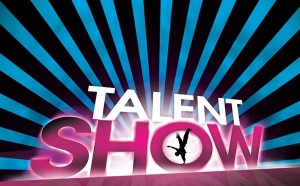 A 70-year-old Japanese man was so enraged at being rejected by a TV talent show that he allegedly threatened to blow up the programme’s broadcaster, police said Friday.

Kazumi Yaoita applied for a spot in an NHK singing contest that is shown nationally every Sunday afternoon, hoping to fulfil a long-cherished ambition, a police officer in the city of Niigata said.

Sadly, the retiree’s application was rejected before he even got to the audition stage, with a postcard from the show’s producers saying he had not made the grade, the officer said.

Infuriated, Yaoita allegedly telephoned NHK from his own mobile phone and said he would bomb the contest site.

“He told police he loves singing karaoke and that all his friends tell him he is a great singer. But he was rejected by a single postcard, which it seems really upset him,” the police officer said.

Police traced the mobile number, which had been displayed on the receiving phone, he said.

Yaoita was arrested on charges of forcible obstruction of business. If convicted he could face up to three years in jail. [AFP]