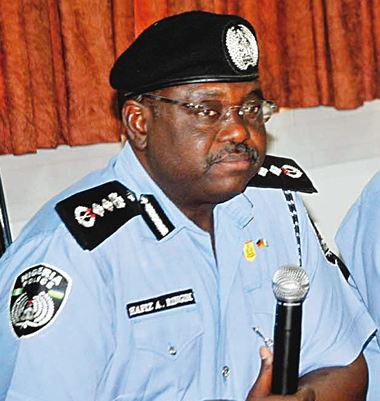 A Former Commissioner of Police in Lagos State, Mr. Abubakar Tsav, has criticised the former Inspector General of Police, Mr. Hafiz Ringim, for taking up asylum in the United Kingdom because of current insecurity in Nigeria.

Tsav, on Wednesday in Makurdi said that Ringim’s claims that he had gone to the UK to escape acts of terrorism by the Islamic sect, Boko Haram in the northern parts of the country was faulty.

He said the former police boss was merely hiding under the cover of insecurity to stay abroad.

The former commissioner argued that other former police chiefs, including M.D. Yusuf, Ibrahim Coomassie and Gambo Jimeta were all residing safely in Nigeria and accused the former police boss of staying abroad “to hide from his numerous misdeeds while in office.”

“With every sense of humility, I want to sound it loud and clear that the former IGP Mr. Ringim might be running away for some unforeseen circumstances which he knows best.

“Let no one be deceived that it is the activities of these Islamic menace that has made him to run but rather, a subtle manner of escaping unpleasant consequence which is best known to him.”

Tsav urged the former police boss to return to Nigeria to join hands with other security experts to combat insecurity in the country.