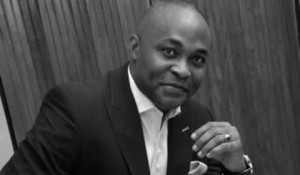 Star actor and current Delta State commissioner for Culture and Tourism, Richard Mofe Damijo, is at the centre of an alleged fraudulent transfer of funds which the EFCC is supposedly currently investigating, according to Sahara Reporters. The report claimed that RMD and the acting GM of the Delta State Tourism Board, Mrs Philo Nkem Ajufo, squandered N50 million belonging to the ministry, and so RMD is under the close watch of the EFCC.

RMD who was obviously unperturbed was at Iyanya’s album launch at the weekend where he co-hosted the launch with On-Air Personality Toolz. The Nollywood great thinks it’s high time he reacted to the allegations which he says is false.

“I won’t respond to Sahara Reports. When it’s time, I will. And I’m sure you know it’s not true” He told Encomium magazine on March 3rd.”

Although Sahara Reporters reported the EFCC as investigating a fraud involving the actor, EFCC is yet to make a public statement on the matter.