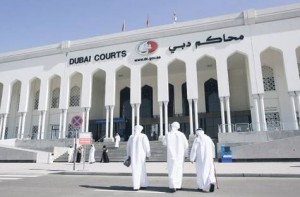 A school has been ordered to compensate a pupil and his parents for failing to improve his weak performance despite passing him from grade 1 to grade 2.

The Dubai-based private school will have to pay Dh77,500 (about N3.3m) in moral and financial compensation to the parents after the Dubai Appeal Court found the school was careless and inattentive in terms of catering proper educational care to the seven-year-old pupil.

The parents considered that the school had failed to pay proper attention to their son’s academic performance and held it responsible for failing to improve his standard, according to Abdullah Mohammad Klaib, Head of Dubai Civil Prosecution.

“The parents lodged a civil lawsuit, in which they sought financial and moral compensation, against the damages that were inflicted on them and their son. The parents mentioned in their lawsuit that the school failed to educate their son properly and didn’t prepare him properly, despite his academic weakness, to pass from G1 level to G2 level. The parents deemed that the school didn’t consider the potential academic damages that they would incur on the pupil after passing him to G2. The parents sought moral compensation and financial compensation against the tuition they paid for G1 and G2,” said Klaib.

The Dubai Civil Prosecution asked the Dubai Civil Court to appoint an educational expert to look in to the case and give his opinion on where the school went wrong.

The Civil Court decided that the parents failed to prove their claims about the school’s negligence and inattentiveness regarding their son’s performance and dismissed the case.

The court-appointed education expert said the school was negligent and failed to improve the pupil’s standard hence he should not have been passed from G1 to G2 due to his weak performance.

Thereafter the Appeal Court ordered the school to pay Dh40,000 in moral compensation to the pupil and Dh37,500 (N1.6m) to the parents against the tuition fees of G1 and G2.[GN]