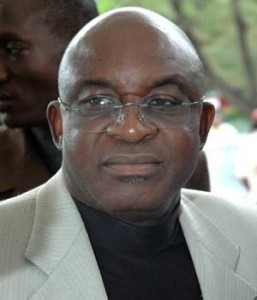 The Senate President, David Mark, has lamented that many Nigerians, including the low income earners, are living in slums, shanties and under bridges in some parts of the Federal Capital Territory (FCT). He also blamed housing developers who, he said, had hijacked the Federal Government’s gesture in entering into Public Private Partnership (PPP) to provide mass housing units for Abuja residents, saying the developers were hiding under the arrangement to make profits.

Represented by Senator Abdul Ningi, the Senate President said Abuja was an attraction to many, young and old, illiterate and educated but with the peculiar problem of accommodation. He said one of the strategies adopted by the present administration in bridging the housing deficit gap across the country was the involvement of private investors in housing production, under the Public Private Partnership (PPP) arrangement.

“However, across the country, particularly in the FCT where land is costlier than gold and only the money-bags can afford it, developers have taken the advantage of this partnership to build a number of houses that should be adequate to solve the housing needs of Abuja residents… It is ironic that in the midst of the sprawling housing estates in the FCT lies a class of people, mainly low income earners, who still live in the slum, shanties and in extreme cases, under bridges and security posts”, he said.