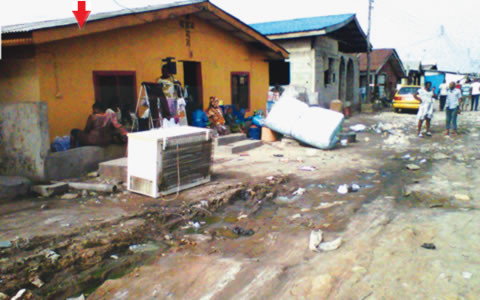 Residents of Ijora – a densely populated area in Lagos state were thrown into a state of apprehension when about 100 soldiers assisted by men of the State Security Service, ransacked the residence of suspected terrorists believed to be members of an Islamic fundamentalist sect, Boko Haram.

The raid which began around 7am on Thursday, led to the arrest of two persons at 24 Aromire Street and three others at a location in an adjacent street.

Following a thorough search of the building at Aromire Street where one of the arrested persons, Ibrahim Musa,  occupies five rooms, a bomb  kept in a cooler and hidden inside the ceiling of one of the rooms in Musa’s apartment was recovered by the soldiers.

Musa, who a security source described as an illegal alien from Chad, was  said to be leader of the suspects.

Other items found  were AK-47 rifles, cartridges and daggers.

Lagos State Director, SSS, Achu Olayi, also confirmed the raid but  said that it was too soon for him  to say if the suspects were Boko Haram members or not. 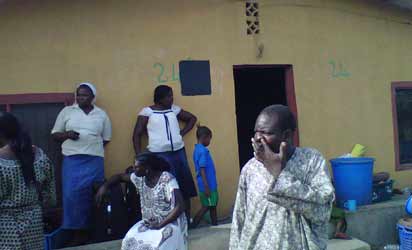