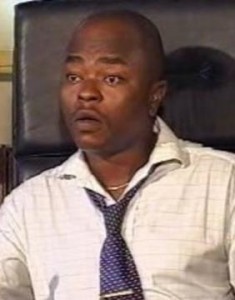 If you watched Oleku, and you remember Ajani, you’d know who Yemi Sodimu is. The ace broadcaster and actor answered the call to serve his people when he went into politics, but he never stopped being part of industry he so much loves. He’s back now full-time on radio, TV, and the movie industry, and he says the movie industry has to improve on what has been achieved already.

The actor who says he’s excited to be back fully won’t rush things now that he’s back. “I’m taking it one step after the other. I’m not coming back to jump left, back, right and centre. There are still many things to do, but for now, I talk on radio, take a bit of movie roles and of course, I am a compere at events. Very soon, I will be back on television and to many other things,” Shodimu said. 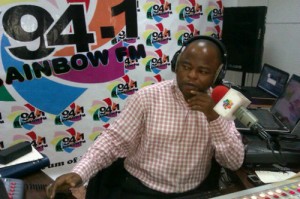 Shodimu who appreciates the practitioners for keeping the industry alive despite how difficult it is to survive in it identifies places where practitioners falter in the industry. “There is still room for improvement in terms of the technicalities, artistry and marketing. We need to train and retrain ourselves to meet up with global standards. As I said earlier, the fact that the industry still exists is a credit to those who are there. It can only get better, but there are some things happening now that we cannot defend,” Shodimu said.

Yemi Shodimu says while in government, he was an ambassador for the arts and entertainment, as he made sure the government was aware of the industry’s plight. He was also the people’s mouthpiece as he related their requests and grievances to the government.

Shodimu has a growing palm wine business which he explains has been part of his dreams for long. “This is the real truth: I have always wanted to produce something that people could hold. Initially, I was toying with the idea of setting up a fish farm, but suddenly, I found myself in government. It was then that I realised that I could not be preaching to people to do something, to contribute their quota to the economy without practising what I was preaching.

“And then, a challenge came from the governor, asking us to practicalise the ideals that the government was pushing in whatever way. That was when the idea of the palm wine business came to me and I discussed it with one or two people. That was led to the birth of Emu Shobam. I also remember that the very first bottle that came out from the factory was taken to the governor. The challenge he gave at that point was that the product must not disappear from the market. He said it was a brilliant idea that must be sustained. That is one reason you can still find Emu Shobam in the market today. I took up that challenge. The second reason I took that decision was to create employment opportunities for people,” adding that Emu Shobam is doing well in the market.

Asked when his own movie production will be enjoyed by fans, Shodimu says: “There are stages in life. More of my energy has been directed towards producing and directing shows and programmes for both TV and radio. As for movies, don’t worry, something will come up soon. When the time is ripe for me to do it, definitely I will.”