From the haunts of Parisian literati to the Russian residence of Crime and Punishment author Fyodor Dostoyevsky, we pick the best travel destinations for book-lovers. 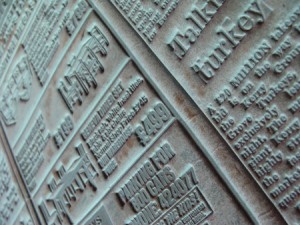 Where? One of only six Unesco Cities of Literature in the world, with its writers museums, literaturethemed tours and book-related sights, Dublin is a bookworm’s dream.

What? Pop into the Dublin Writers Museum to learn about the prolific literary heritage of the city where James Joyce, Oscar Wilde and WB Yeats were born, then saunter over to Trinity College to marvel at the ninth-century illuminated manuscript known as the Book of Kells.

Stop at Sweny’s Pharmacy to hear one of the daily readings from the works of James Joyce, then catch a play at The Abbey Theatre founded by WB Yeats in 1903.

Best way to do it: Explore this bookloving city on a two-hour guided literary tour with Ireland Expert (www.irelandexpert.com)

Stay where? Take your pick from the list of hotels offering special literary
packages such as the Brooks Hotel, which has double rooms starting from around N26,000 per night on the Dublin City of Literature website(www.dublincityofliterature.ie). 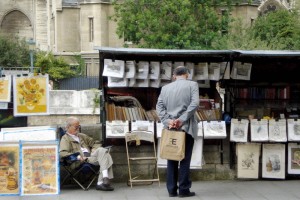 Where? For an atmospheric and slightly spooky encounter with some of the world’s best-loved authors, you can’t do better than to pay a visit to Paris’s Père Lachais Cemetery, where literary greats have been buried since the beginning of the 19th century.

What? Start your tour at Marcel Proust’s black marble tomb. The hermit-like author of À La Recherche Du Temps Perdu was buried here in 1922 after dying of pneumonia. Cross over to the southeast corner and you’ll find the last resting place of Oscar Wilde, the scandal-haunted 19th-century Irish writer who died impoverished at the age of 46.

Other tombs not to miss include Les Misérables author Victor Hugo’s mausoleum and the monolithic tombstone of surrealist poet Guillaume Apollinaire.

Best way to do it: It’s easy to get lost in this 44-hectare cemetery, so join
a guided tour with Oui Paris Tours www.ouiparistours.com.

Stay where? The Pavillon Des Lettres hotel (www.pavillondeslettres.com) has a Historic Offer including a double room and walking tour for around N107,575

3. BORGES AND MORE IN BUENOS AIRES

Where? Latin America’s most literary city, Buenos Aires is packed with atmospheric sights for avid bibliophiles.

What? Stroll along Avda Sante Fe to see Porteños (the term for Buenos Aires city dwellers) browsing the book kiosks, walk along Borges Street where poet Jose Luis Borges grew up, then have a coffee in Gran Café Tortoni, a historic café where
the writer often used to hang out.

End your tour at El Ateneo, the magnificent 19th-century theatre that is now an atmospheric bookshop complete with ceiling frescoes and crimson stage curtains.

Best way to do it: For a complete tour of literary Buenos Aires join one of Get Your Guide’s daily walks (www.getyourguide.com).

Stay where? Just around the corner from Borges family house, the BoBo Hotel (www.bobohotel.com) is an elegant haven with double rooms from around N21,515. 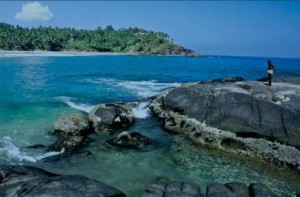 Where? Home of the poetic Malayalam language and one of India’s lushest regions, Kerala is also the birthplace of The God Of Small Things author, Arundhati Roy.

What? Take a tour of the capital, Thiruvananthapuram, which hosts the celebrity-author-packed Kovalam Literary Festival (www.kovalamlitfest.com). Next head for Aymanam, the backdrop for Roy’s Booker-prizewinning novel, and visit this rural
village’s numerous ancient temples and churches before watching one of the traditional, colourful Kathakali dances described in Roy’s book.

Best way to do it: Hire a car and driver with Kerala specialists Greaves of India (www.greavesindia.com) and set out to visit this glorious region’s sights in style.

Stay where? Explore the backwaters featured in Roy’s novel in The Oberoi’s luxurious Vrinda motorvessel (www.oberoihotels.com/oberoi_vrinda/index.asp). Two-night excursions from around N258,200. 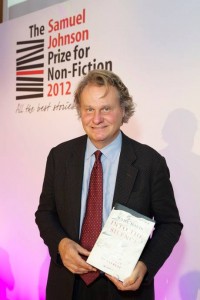 Where? From Shakespeare and Dickens, to Harry Potter and Sherlock Holmes, book lovers could easily spend a week exploring London’s literary haunts.

What? Head for the British Library to see the original manuscript of
Shakespeare’s first folio published in 1623, then hop on the tube and head
for the Charles Dickens Museum in Bloomsbury.

Next take a tour of the Sherlock Holmes Museum on Baker Street, then pay your respects to Geoffrey Chaucer and other greats buried in Westminster Abbey’s Poets’ Corner.

If you want to give the kids a treat, end your literary day with a behind-the-scenes Making of Harry Potter studio tour.

Best way to do it: London has hundreds of literary tours, so log onto the Literary London Walks website (www.walks.com/Standalone/Literary_London_Walks/default.aspx) and pick the best one for you.

Stay where? Stay at the heart of the literary action at The Cadogan (www.
cadogan.com), double rooms from N43,030, a historical hotel where Oscar Wilde was arrested in 1895. [Heidi Fuller]