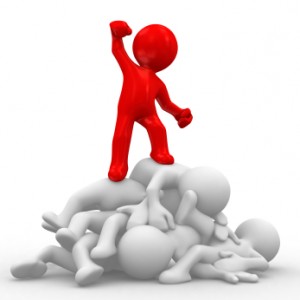 Instead of waiting endlessly for this great nation to help fix the obvious social voids we have at the moment, and allow the most vital, as well as, non-renewable of resources in time drift way, would you not rather give the subject at hand a second thought and take responsibility by beginning to see things differently henceforth?

We have a whole lot of social misdemeanours, we know we have more rulers than leaders, we know our core values are wrong, and misplaced more often than not, we know we are so blessed in terms of natural resources to be deeply rooted in poverty – wait a minute, I would want to take things up from there!

We can route all our conspicuous social ills to the only thing we lack which is competent, dedicated, and nationalist individuals, to form a synergy of a vibrant human resources cabal, to look problems in the face and fix them, steer trouble waters and not soil their hands, fight corruption to the barest minimum, bridge the gap between the rich and the poor, industrialize the nation, lead passionately, form people oriented policies, be futuristic in approach, change the course of things and all that.

It does not stop there, as we are culturally diversified, so also have we been blessed with an avalanche of talents. Instead of complaining endlessly about that situation that constitutes menace in your field of endeavour, why not dig deep and see what you can do to salvage it? Instead of berating leaders as it concerns their leadership styles and know-how, why not within your sphere of influence immortalise yourself by bringing that your mental picture of ideal and qualitative leadership to fur and let the people see what you can do?

Stand out from the crowd, be distinct, do what’s right and of relative permanence, with all these in place you would spur revolution wherever you go and leave good prints on the sands of time. You would not only be nationalistic in approach but western in psyche – the only notable difference between developed and developing nations is: the citizens of the former work relentlessly to improve their nations whereas in the latter, the citizens wait on their nations to fend for all their needs. It is very wrong a notion. Why not seize your breathe and turn things around with the power of optimism instead of pessimism? Why not pray instead of cursing? Why not analyse rather than burn calories of energy to criticise?

In this part of the world, where quality and genuine leadership is as scarce a commodity as anything you can think of, we still have people who are up there and are highly ranked, and respected for their visionary approach and selfless service to their nation: the great ‘Mandiba’ Nelson Mandela leads this park which include Julius Nyeere, Kenneth Kaunda, Kwame Nkruma et al. These are men who gave rather than receive, they not only have legendary status in their respective countries, but have succeeded in immortalising themselves; posterity will never forget them, and eternity will continue to bless them for belonging to the right school of thought – the school of giving, giving and giving.

The antecedents of Fidel Castro are there for all to see, he remains the longest ruler of all times and his people so much trusted his leadership chronology, so much that they graciously allowed his younger brother rule in his stead when infirmity came his way in 2007.

I have learnt over the years that having the mindset of giving opens one’s eyes to see afar, makes one modest, futuristic in approach, dedicated and endlessly caring. If we have all these attributes infused into every inhabitant of the most populous black nation in the world, wouldn’t we chart a way forward from abject poverty? Wouldn’t the gap between the poor and the rich be bridged? Wouldn’t we vote in God fearing leaders rather than vote along ethnical and political sentiments? Wouldn’t we be reformed at heart? Wouldn’t we achieve the seemingly impossible tasks? Wouldn’t we have a benchmark of leadership appraisal and stop celebrating mediocrity? Wouldn’t we live together amicably and play defiance to cultural and religious biases?

I challenge all and sundry to dig deep, find from deep within those essential ingredients to national development you have embedded in you and give freely for the emergence of the ‘New Nigeria’ we all crave. Remember, whatever you can dream, you can achieve; by putting into perpetual action, your mental projections. [Babajide Fayoyiwa]

Babjide Fayoyiwa is an Electrical/Electronics Engineer. He works with Huawei Technologies.