God has Blessed Him, he is a star. The only way of showing appreciation to his fans was throwing a free concert.
Star African star boy wizkid now known as wizzy, gave his fans a thrill at the African shrine in Lagos Nigeria,he performed his tracks to a large number of fans .

The concert was his way of saying thank you to loyal followers of his musical career. The show was free. 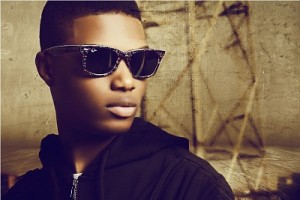