Home Metro News We are ready and willing to continue to dialogue with government –...
Facebook
Twitter
WhatsApp 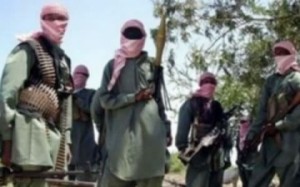 The Boko Haram faction under Sheikh Mohammed Abdul’aziz, which has claimed to be working towards ensuring dialogue with government, has reacted to President Goodluck Jonathan’s comments, saying its members are no ghosts.

The leader of the group, however, says the peace process was still on course, adding that the group would continue to talk with government to ameliorate the suffering of its people. Sheikh Abdul’aziz, in a statement in Maiduguri, Borno State, on Wednesday, said the group was willing to sit with government at anytime to bring peace to the state and the country at large.

The statement reads in part: “I call on Governor Kashim Shettima to disregard all those propaganda aimed at disrupting the peace process, as we are ready and willing to continue to dialogue with government… We have met with officials of Borno State government and a delegation of Northern Governors Forum on peace and reconciliation, headed by Air Vice Marshal Mukhtar Muhammed (retd),” Abdul’aziz said.

According to him, “Allah has also sanctioned dialogue in all human undertakings, so we will pursue it to its logical conclusion. As such, if there are those who feel left out in the process, the doors are open. Let everybody come, as the Borno State government has shown seriousness and commitment to the peace process.”