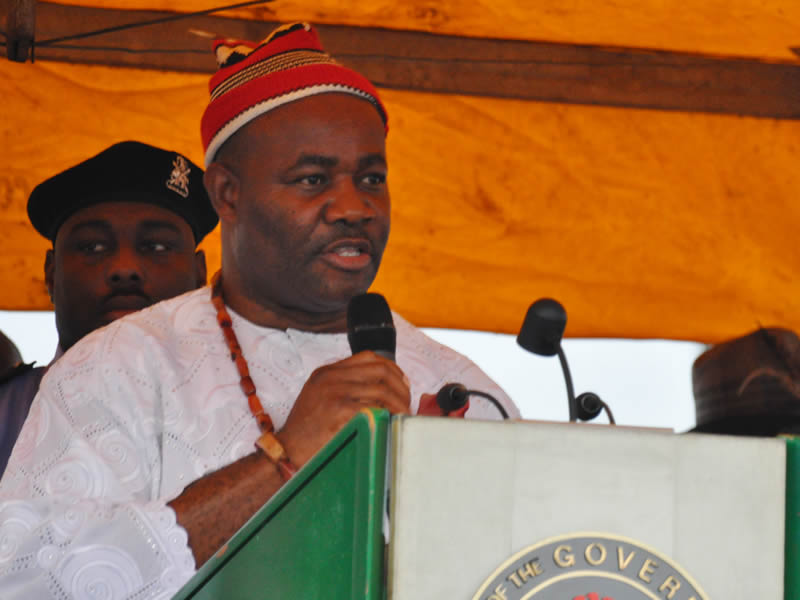 Perhaps, after hearing of the famed generosity of their governor, hundreds of widows in Akwa Ibom State Monday, besieged Government House, Uyo, urging Governor Godswill Akpabio to empower them financially to enable them establish small-scale businesses.

The widows, who could not see the governor because he was out of the state on official business, came in buses from the 31 Local Government Areas of the state.

Led by the President of the Akwa Ibom Widows Association, Mrs Sylvia Effiong, the widows said that they decided to bring their case to the governor as they were dying in pains and hunger without anybody to assist them.

Effiong said they had seen on television how the governor had been empowering other less-privileged people and wanted to benefit from such gesture.

According to her, “all we need is financial assistance to enable us establish small-scale businesses and feed our children.

“Our children are in schools and we don’t have anybody helping us in paying their fees. Those mediating for us to see the governor are not sincere,” she stated.

While acknowledging that a lot of groups were being empowered in the state, the group lamented the non-inclusion of widows.

“We are widows from all the 31 local government areas in the state. I don’t know if it is because we are minority,” she said.

Effiong insisted that the widows would continue to pay visits to the governor until he attended to them.