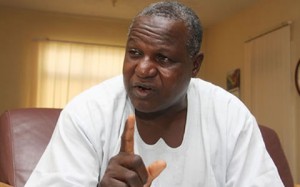 The Nigeria Labour Congress (NLC) has added its voice to those of other critics of government’s decision to grant state pardon to former governor of Bayelsa State, Mr Diepreye Alamieyeseigha and former Managing Director of the Bank of the North, Mr Shetima Bulama. The NLC has asked President Jonathan to withdraw the state pardon to the two beneficiaries.

The NLC said in a statement signed by its President, Comrade Abdulwahed Omar, that it was totally unacceptable that those who committed economic crimes in such magnitude that affected public interest were granted state pardon.

The statement, titled: “Withdraw State Pardon In National Interest,” says “We are alarmed by the decision of the National Council of State to pardon Mr Diepreye Alamieyeseigha who was impeached as governor of Bayelsa State and eventually convicted by a properly constituted court for stealing public funds; and Mr Shetima Bulama, a former managing director of Bank of the North, who was also convicted for misappropriating the bank’s funds.

The NLC statement says: “While we appreciate that the Council of State does have a constitutional responsibility to pardon citizens who have obviously been convicted or punished in the past for offences, it is totally unacceptable that those who committed economic crimes in such magnitude that affected public interest be granted state pardon… We still wonder what message the National Council of State is sending to Nigerians if at the height of unprecedented corruption in the country those who have been prosecuted and jailed for stealing public money are granted state pardon.

“The congress finds it incongruous the state pardon granted to the former governor of Bayelsa State, Diepreiye Alamieyeseigha and Mr Bulama… While like other citizens they may be entitled to state pardon, congress believes that the crimes committed are too weighty for state pardon… It is our view that state pardon remains an act of mercy or reprieve dispassionately exercised or granted by the highest authority in the land for and on behalf of the government and people, and it should be a last act of mercy sparingly exercised for the good of the nation. State pardon is recognised across the world not for its own sake but for its potential and capacity for redressing judicial guilt, rewarding penitence, or for initiating reconciliation, and in some instances, for ensuring restoration, but never losing sight of national interest.”