The Police Public Relations Officer in the state, Mohammed Ibrahim, confirmed the attack stating that unidentified gunmen raided Midlu village, in Madagali local government area of the state, and attacked the home of the state deputy governor, Bala Ngalari.
The police officer failed to provide any more details. 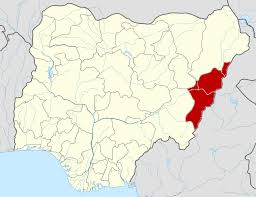 “So far, the information available to me is that 11 people lost their lives in the village, including two private security men at the deputy governor’s house” Mr. Ibrahim said.
However, agency reports, say the gunmen attacked several houses, calling out names and shooting residents leaving some dead, and others injured.
An eye witness, who does not want to be identified according to agency reports said the incident took place in the early hours of Saturday around 2am.
The eye witness explained that the attackers went from house-to-house, picking out their victims, who they even called by name.
According to the witness, the exact number of deaths are yet to be ascertained.