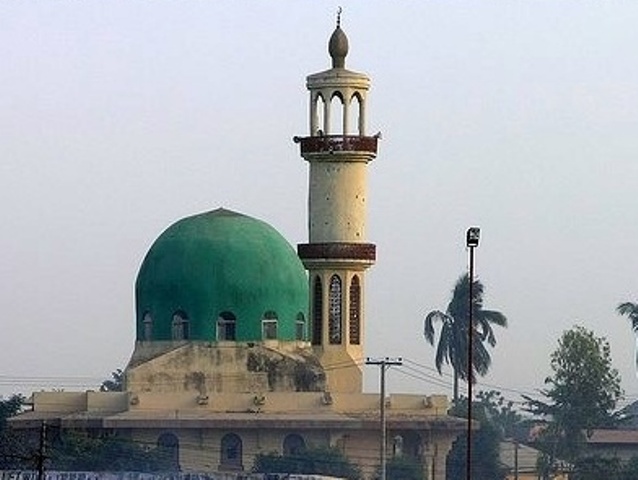 According to Zubairu Mohammed – Imam of the mosque, the boy had earlier set fire to one of the Mosque’s Qur’anic classrooms without knowing that a security man was sleeping inside and had noticed the fire.

He said the security man after putting off the fire, sighted the boy holding a gallon of fuel as well as a box of matches near the main Mosque and apprehended him.

“The incident happened during the time of Juma’at Prayers (1:30 pm) and it was my security who first alerted me before I rushed down to see the boy with a gallon and box of matches,” the Imam said.

The Imam said he ordered that the boy be kept with the mosque’s security’s custody and went to Jumat service.

He said a senior Imam was told of the incident and he sent for the police, who took the boy to their station.

The Imam praised the divisional police officer for his effort in calming the situation and beginning the investigation.

At the Nyanya Police Station, the boy, a Christian, was said to have confessed to the crime and further revealed that his accomplice, a student of one of the secondary schools in Nyanya, escaped when he was caught.