A 14 year-old boy, Terkura Unongo, has launched a website, www.theimongo.com, for social networking. Though the website might not be as sophisticated as the likes of Facebook, seems as a good invention coming from a young Nigerian. 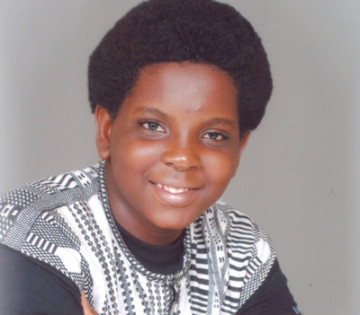 The early exposure that Terkura, an eighth Grade Student of Hillcrest Middle School, Jos, Plateau State, had to the Internet seems to have paid off.

His parents gave him the support to explore his talents in the digital world, and provided him with gadgets. As a result of this he opened his first e-mail address at eight, joined Facebook two years after and other popular social networks in quick succession.

Apart from the fact that his parents gave him the support to explore his talents in the digital world, his computer science teacher also inspired him.

Terkura, who hails from Benue State, says, “Well, I think I became IT-savvy right from the day I started using a computer, as my parents provided the atmosphere for me to acquire various computer devices. But my potentials got sharpened in 2011 when my computer teacher basically showed me the fun in HTML (Hyper Text Markup Language).

“It was during a class where we were told to make a website based on any topic of our choice, he taught the class the basics, e.g. images, colours, fonts, etc. of the language and I was challenged to go on and further my knowledge on the language.”

He explains that after being fascinated by the workings of various social networks, coupled with the knowledge of programming languages he had acquired, he felt he could also make a difference by starting a social network of his own.

According to him, the name, “Imongo”, is taken from the Tiv native dialect which simply means, “Gathering,” He explains that he picked the name because he feels it really described his main objective of connecting people to enable them to meet one another, keep in touch with those they already know, and make new friends at the same time staying entertained and informed.

He adds that he was fascinated by what he could do with HTML so he immediately decided to learn Cascading Style Script and other languages, including JavaScript, Java, and VB. He created various websites for school projects, and for fun though never published them.

“I felt I could do something positive, and then I decided to create something that would impact the lives of potential members from all over the world. So I went on to work on Imongo, and I am still working on it to take the online social experience to a whole new level.

“I started work on the Imongo in May 2012, and made it public in early August, and received over 300 members in less than three months. I built the Video Chat feature using a partner called, TokBox. I had no official guide, I used my current knowledge of scripting languages and the Internet to guide me.”

A visit by our correspondent to the site shows that the network is not only a platform for making friends but one where members can also stay updated with news bordering on entertainment, where members keep up to date with latest gist, and gossips locally and internationally, and also stay entertained with music, videos, pictures and tech reviews.

The membership strength of the network currently stands at 1,258 and the site is designed such that intending members can be a part of it by joining through Facebook or by simply signing up with an e-mail address and a password.

An online forum and a blog is also embedded on the network. A check on the site shows that 30 topics ranging from religion, politics, sports and entertainement have come up for discussion on the site’s forum.

Terkura, who would be 15 on July 4, says his role model is Microsoft founder,  Bill Gates, adding that he is targeting a million members on his site by 2014.

“I would like to master Java, C++, PHP and other languages that would enable me to take on future projects. I am hoping to attain one million members by 2014. And if the need for more bandwidth, storage space, and more servers to take on a huge population of members become necessary, it is possible for Imongo to purchase more,” he says.

Terkura’s 77-year-old father, Paul, told our correspondent that right from age four, his son had always insisted that he is presented with various gadgets as birthday gifts. He said at some point he was at first scared that his IT inclination could distract him from his academics.

“There was a time that I became worried and her mother and I tried to discourage him. We felt that he was spending too much time after school on the computers and gadgets that we buy for him on his birthdays.

“But, he assured us that he was taking his academics seriously and when we realised that we was not doing badly, we encouraged him and guided him to achieve his dreams in the IT world.”

Paul advises parents not to be over-protective while guiding their  children in what they learn. “Once the activities they are engaged in is adding to their knowledge, I think we parents should give them a chance and encourage them,” he adds.