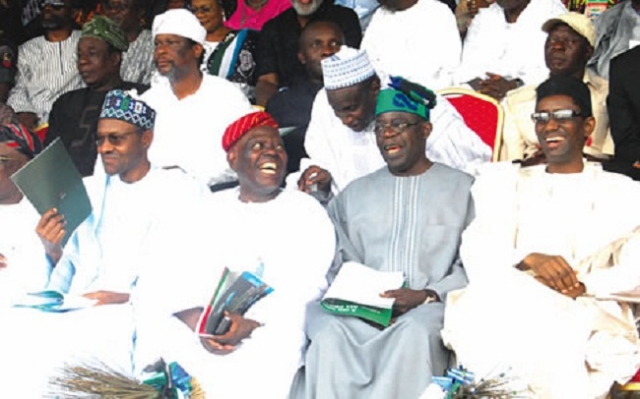 The Action Congress of Nigeria (ACN) has described the reaction of the presidency to the outcome of its recent convention as coming from a government that is jittery over the proposed merger of opposition political parties.

But the ACN in its reaction through the national publicity secretary of the party, Alhaji Lai Mohammed yesterday, said the comments by Okupe, is symptomatic of a government jittery of the merger.

“This is a cry from a desperate and terrified party and government, a government and party that is sinking will understandably try to cling to anything within its reach, and that is what is happening,” Mohammed said.

On Okupe’s attacks targeted at Tinubu and Buhari, the ACN spokesman said: “We are a party of one-man, yet we have six governors under our party, 20 senators elected under our party, 170 members of the House of Representatives. If that is the case, I am proud to be that of one-man party.”

Speaking further, he said, “Okupe stated that General Buhari has no political body and yet was able to poll over 12 million legitimate votes across the country. This he did with unqualified goodwill across the country. I will be more than willing to have that kind of man in my party.”

Mohammed however faulted Okupe for including Chief Bisi Akande in his verbal attacks arguing that, “Even his political opponent would attest to the fact that Chief Akande ran a very Spartan administration while he was the governor of Osun State.”