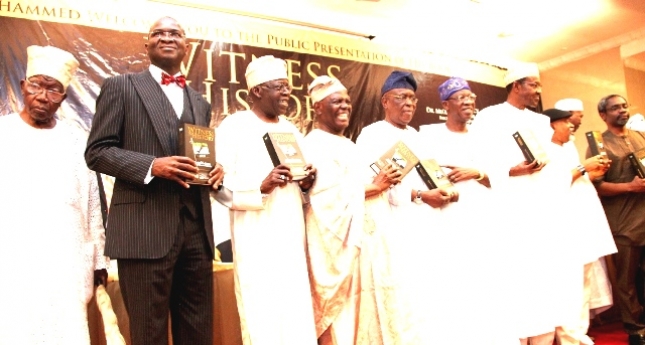 The Lagos State governor, Babatunde Fashola, on Monday took a swipe at the stance of the Peoples Democratic Party which declared there was “no vacancy” in Aso Rock for 2015.

Fashola, who spoke at the public presentation of a book, ‘Witness to History, Action Congress of Nigeria and the Struggle for Democracy, Liberty and Justice’, written by the National Publicity Secretary of ACN, Alhaji Lai Mohammed, wondered that “if a party is saying there is no vacancy in Aso Rock, then why are they organising an election? This is a statement Nigerians should take very seriously.”

However, in his defence of the PDP, Niger State governor Dr. Mu’azu Babangida Aliyu who was the chairman of the event, said the party did not say there won’t be elections, adding that “there must be elections in this country, but what we are saying when we say there is no vacancy is true, unless if you work hard for it”.