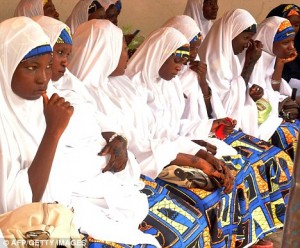 About 20 prospective couples found to be HIV positive during the mandatory medical check-ups ahead of 1,000 widows and divorcees third batch mass wedding coming up Saturday, has been disqualified by the Kano State Hisbah Board.

Unexpectedly, five other maids were discovered pregnant among the 1,000 widows and divorcees to be married in a public function due to kick start simultaneously across the 44 local government areas of the state, the Commander General of Pro-Sharia Agency, Sheik Aminu Daurawa, further disclosed.

Public opinions condemn the five pregnant maids as the public wants them prosecuted for committing offences against the provisions of the Sharia law.

Sheik Aminu Daurawa while speaking to newsmen on preparation for the public wedding disclosed that wedding prayer session for 21 couples would hold in each of the 44 council headquarters, while the remaining 76 couples would be joined in matrimony at the state capital.