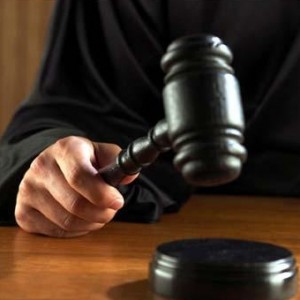 A 30-year-old mechanic, Taofik Ogunshola, was on Wednesday charged to a Lagos Magistrates’ court with leading a five-man gang that abducted and molested a teenager.

Ogunshola is facing a nine-count charge of molestation, kidnapping and robbery before a Tinubu Magistrates’ Court.

Police Prosecutor, Inspector Chidi Okoye, told the court that Ogunshola and the four others, still at large, committed the crimes at 9:00 p.m. on April 7 near Splash 155 Restaurant at Sangotedo in Ajah.

The gang, according to him kidnapped the 19-year-old in front of the restaurant, drove her to a nearby bush and molested her.

“The gang also stole her money (N7,070) and her handset and forcefully kept her in the bush until 5:00a.m. the following morning.

“Ogunshola then gave her his phone number to memorise, and asked her to call him anytime she wished. It was that number that she presented to the police when she reported the matter,” Okoye submitted.

The Magistrate, Mrs Oyindamola Ogala, granted Ogunsola who pleaded not guilty bail in the sum of N500, 000 with two sureties in like sum and adjourned the case to May 5 for mention.