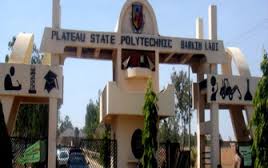 The Academic Staff Union of Polytechnics, ASUP, declared on Sunday that it has commenced an indefinite strike, following failure of the federal and state governments to implement agreements on issues affecting polytechnic education in the country, even after the end of a seven-day warning strike which started on April 22.

Some of the issues in contention are non-migration of members at the lower cadres on CONTISS 15 salary scale; release of white paper on the visitation panel to federal polytechnics; non-commencement of needs assessment of Nigerian polytechnics; worrisome state of state-owned polytechnics/monotechnics; and continued appointment of unqualified persons as rectors by some state governments.

Others include failure of most state governments to implement approved salary packages (CONPCASS) for polytechnics and 65 years retirement age; continued recognition of the NBTE as a regulatory body for Nigerian polytechnics against the creation of a national polytechnics commission; and the snail speed associated with the amendment of the Federal Polytechnics Act, among others.

According to the National President of ASUP, Mr Chibuzor Asomugha, the indefinite strike had become inevitable because the meeting the union had with Secretary to the Government of the Federation, Senator Anyim Pius Anyim, on the issues yielded no positive results.

Asomugha said the strike would be called off only when all issues raised by the union are addressed. He therefore urged all polytechnics across the country to abide by the directive to embark on strike until the national body leads otherwise.