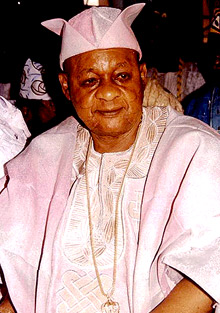 Alaafin of Oyo, Oba Lamidi Adeyemi, yesterday, looked back on his 42-years on the stool as Alaafin and declared that out of no fewer than 100 cases he instituted against various governments in courts, he had won 95 of them.

The Monarch said: “As these young men have observed, I have spent the last 42 years on the throne as the Alaafin, to contribute my quota to the development of traditional institution in Nigeria.

“In doing these, I have approached the courts with over 100 cases and in all the decided cases, with due respect to members of the Bench, the Inner Silk and the lawyers, the Alaafin has never lost a case on traditional institution matters.”

Though, he admitted that it was not an easy feat, he said that it was his contribution to the traditional institution.

The revered Monarch said these at the launch of a 389-page book entitled ‘Chieftaincy Law in Nigeria: Principles and Practice,’ in Ibadan.