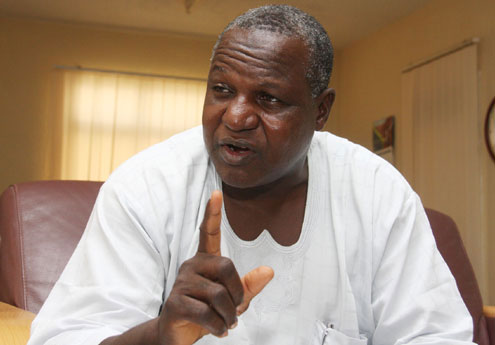 Umar made this remark when he led a delegation of top NLC officials on a courtesy call on the Rivers State Governor in Port Harcourt weekend.

The NLC President and other members were in the Rivers State capital for a conference to elect new executives of the Amalgamated Union of Public Corporation, Civil Service, Technical and Recreational Services (AUCPTRC).

In his response, Governor Amaechi urged the NLC to continue to be the voice of the poor for a better Nigeria. “I think that basically the greatest voice that the poor can have will not be any other voice than the voice of the workers.”