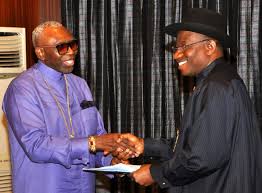 Amnesty to Boko Haram is the most viable option to attaining peace in northern Nigeria, according to Deputy Chairman of the Northern Elders’ Forum, Wantaregh Paul Unongo.

He said people like the CAN president are not speaking on behalf of Christians as the solution they are proffering would not bring peace.

“You can’t end a war with a war which is the theory presented to Mr President by the president of the CAN because he doesn’t want Mr president to talk to the people who are the warring people. He wants soldiers to kill them the more. These are the people who tie themselves up to be blown up; do they care about their lives?

“Why do Nigerians want Mr President to fail, lying to him that these are religious problem? I am a Christian, why is Mr Oritsejafor lying to the president that it is a war against Christians even when large numbers of Muslims are killed? This is a more complex phenomenon and they should leave this man alone. He is on the right track; it is not a religious war.”

“These are agents provocateurs; these are enemies of Nigeria; these are people pushing Jonathan to make a mistake. The problem of Boko Haram is a problem of terrorism.

“Niger delta militants were criminals yet we dialogued with them and we got results. When we sent soldiers to go and kill people in Odi and we killed them but they fought back and they eventually produced all kinds of militants equipped with proper arms;did that action end the fighting in Niger Delta through killing all the people of Niger Delta? If the Nigerian nation wanted to commit genocide, they would have killed everybody in Niger Delta, but would it have been the solution?” he said.