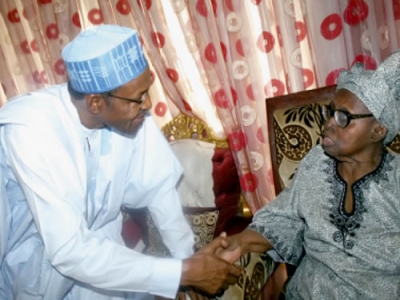 Former head of state and presidential candidate of the Congress for Progressive Change in the April 2011 presidential election Gen Muhammed Buhari (rtd) has supported the call for amnesty for Boko Haram members.

Buhari, who spoke to journalists at the presidential lodge in Abeokuta yesterday, said that the terms of reference of the committee indicate that it is the right thing to be done.

He likened the proposed amnesty to that granted Niger Delta militants during the late Yar’Adua’s administration, adding that nothing should be big enough to sacrifice for peace and harmony in the entire environment.

Buhari, while cautioning those criticizing the idea of the amnesty, stated that “this is not the first time amnesty would be given to a violent group . You remember it happened in the time of Yar’Adua when he gave amnesty to the militants; so whatever would bring us peace as a society we should do it.

“It is good they’ve set up the committee; having seen the terms of reference, [I think] it is a good thing to be done.

“Whatever will bring us peace throughout  society , we should do it,” he said.

Buhari who was in Ogun State to commiserate with Chief (Mrs) HID Awolowo on the death of her son – Oluwole, was accompanied by the former speaker of the House of Representatives, Hon. Aminu Bello Masari; the national chairman of CPC, Tony Momoh; his former running mate, Pastor Tunde Bakare, among other party stalwarts.