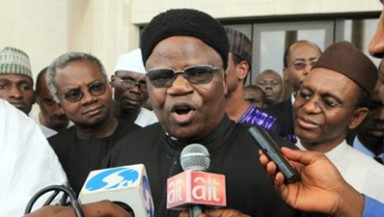 A 33-man committee has been inaugurated by the Congress for Progressive Change (CPC) to plan the party’s convention that is expected to ratify the All Progressive Congress (APC) merger arrangement.

The committee, chaired by a former Works Minister, Dr Hassan Muhammadu Lawal, was inaugurated yesterday in Abuja by the national chairman of the party, Prince Tony Momoh.

The committee which was given one week to fix a date and plan for the national convention as well as implement the convention project for the party, has Senators Sani Saleh, Abubakar Sadiq Yar’adua, Hadi Sirika, Solomon Ewuga, Saleh Danboyi, Ibrahim Musa and Abu Ibrahim as members.