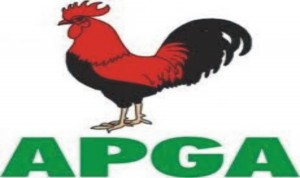 Recounting his escape during a parley with leaders of National Association of Nigerian Students, NANS, and the executive of National Youth Council in Enugu, Chukwunyere said while driving out of the court premises at the Independence Layout, Enugu, the gunmen, driving an unmarked car, pursued him but that he was able to escape unhurt by the grace of God.

The APGA youth leader expressed sadness over the unfortunate move by the anti-Victor Umeh elements, led by Governor Peter Obi of Anambra State, to factionalise the party after it had assisted in bringing them to power.

“Before 2011 Governor Obi was politically insignificant but APGA raised him and made him the governor, Anambrarians supported him because Sir Victor Umeh and APGA alongside late Dim Odumegwu Ojukwu, the then leader of APGA, gave him relevance but he has now chosen to engage Umeh in a battle that is uncalled for.

“He has decided to fight the same Victor Umeh that saw to his emergence as the Governor of Anambra State which is unfortunate,” Chukwunyere said.

Speaking further, Chukwunyere said trouble with Obi started when the party’s hierarchy approached him over some issues bordering on his activities in Anambra State, including the non-provision of basic infrastructure as good roads, water, security, health care services, among others, for the people .

“Anambrarians over the past few years of Gov. Obi’s government have suffered from bad roads, non-functional hospitals as well as increasing wave of robbery and kidnapping, etc.” 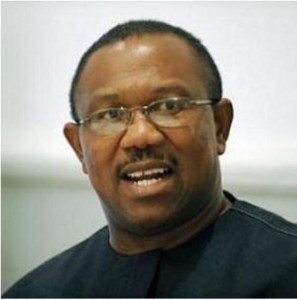 “This is definitely not a good sign for us if we intend to win the election in Anambra. Besides, the failure of APGA government to conduct local government elections in Anambra State since it came to power, in spite of the recognition given to local government administration in the 1999 constitution, has isolated the government from the people.

“How can a governor stay in power for over seven years and refuse to organise local government elections?”

He noted that APGA believed in the rule of law as well as the tenets of democracy and “we will not allow anybody to change these ideals of the party.”

Chukwunyere, however, called on all APGA faithful to remain steadfast “as we know that we will get justice at the Court of Appeal.”