Home Lifestyle Are You Sleeping Enough? Find Out Why You Need To Get A...
Facebook
Twitter
WhatsApp

We all enjoy our sleep. But did you know that sleep has many health benefits? Here are a few:

1. Weight Management: Watching your weight can be as simple as getting a good night’s sleep.
Lack of sleep can make you put on weight by drastically slowing your metabolism down, according to a study by scientists at Uppsala University in Sweden. The researchers suggested getting plenty of sleep might prevent weight gain.

2. Better Concentration: Getting a good night’s sleep gets you ready to take on the world. A bad night’s sleep can leave you struggling all day and unable to focus on the tasks ahead.

3. Mood Enhancement: Lack of sleep is the reason why many people feel irritable at the start of the day and even throughout the day. Lack of sleep and the resulting tiredness is likely to impacting negatively on judgment and overall attitude.

5. Long Life: Regularly sleeping less than you should is associated with a shorter lifespan. Studies have found people who routinely sleep for fewer than six hours a night have a higher risk of dying sooner than people of a similar age who sleep for seven or eight hours a night.

6. Stronger Immune System: Lack of sleep can suppress your immune system, which makes you more vulnerable to infections.

7. Better Memory: The attitude of not sleeping during exams is a wrong and dangerous one. During deep sleep the brain goes through our impressions of the day in a process vital to memory formation.
A study found that people who slept fewer than six hours a night for two weeks scored far worse on tests than those who slept eight hours.

8. Better Sex: Exhausted people perform poorly in bed. To make sure you don’t disappoint your partner, make sure you are well rested.

There you have it! 8 reasons why you should get your 8 hours of sleep every night. Sweet Dreams! 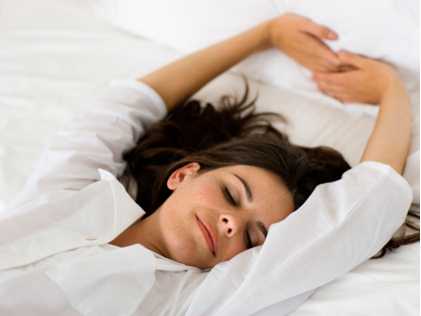