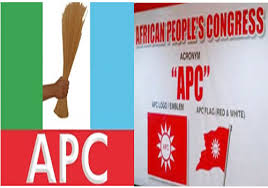 As three three political associations jostle over the acronym APC, a new twist has been added introduced to the unfolding episode as a new group claiming the same acronym has emerged.

The only difference is, this group which also claims to be All Progressives Congress, has written to the Independent National Electoral Commission seeking to add “Nigeria” to its acronym, APC.

In an advertorial published in a national daily on Friday, the new group wrote: “The below document (sic) are evidence (sic) of our ongoing registration process to register the All Progressive Congress as a political party which started over a month ago.

“INEC in replying out ( sic) first letter advised us to change our acronym so that it will not conflict with the acronym of the African People’s Congress (APC) which at that time was the first to submit an application in compliance with the INEC letter to us and to avoid an acronym war with the African People’s Congress (APC),  which has announced their decision to challenge INEC decision to deny them registration at the court in line with Section 76 of the Electoral Act, we have adjusted our earlier application to now read All Progressive Congress of Nigeria (ACPN).”

But in its reaction, the National Publicity Secretary of the Action Congress of Nigeria, Lai Mohammed, said the development was the handiwork of the ruling Peoples Democratic Party.

Mohammed said, “It is all the handiwork of the Presidency and the PDP. But you see, this will be a test case for INEC because INEC refused to register UPGA on the grounds that it was too close to APGA now that INEC has notice of our intention to merge under the banner of APC, we will want to see if they will still register APCN, we are waiting.”