Home Lifestyle Ask Jay: I Dated Him Even Though He Had a Girlfriend and...
Facebook
Twitter
WhatsApp 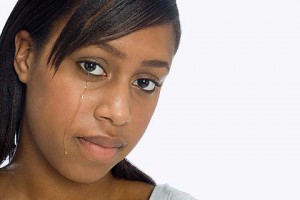 I got to know a guy and for 2yrs we just communicated as friends because I wasn’t in Lagos then. When I graduated and came back to Lagos, we started a relationship, though he told me he had a girlfriend but the relationship was heading nowhere. I fell for him and ignored his relationship. Everything went smoothly for a month until his mum came back from abroad and I started seeing less of him and he wouldn’t pick my calls.

I gave him some time and after that we became a normal couple again. However, after a few weeks, he just stopped calling and he wouldn’t pick my calls or reply my texts. I asked around about him and his friends say that there’s nothing wrong with him and that they’ve been seeing him around.  He didn’t tell me I did anything wrong so I don’t understand his behaviour. I’m so in love with him and I’m heartbroken!  What do I do?

It could be very embarrassing when a woman finds herself in the position where she’s chasing a man and not the other way around. I’m not here to judge you but I must tell you the truth; the most common lie men tell when they want to cheat on their girlfriends or wives, is that the relationship or marriage is not working well and that they’ll soon abandon it. From all you’ve said, I suspect that this is the case with the man in question.

In my opinion, there was nothing wrong with his previous relationship. It’s very likely that his girlfriend (or wife even) was not around during the period you were together so he decided to cash in on it. I might be wrong but whatever the case, his ignoring your calls and avoiding you is very improper behaviour and you deserve better than that. I suggest that you find the strength to get over him and move on. I assure you that there’s so much better waiting in store for you. You will definitely find a man who will treat you right. I wish you the very best.

If you have a dilemma and you’d like to share, send an email to ‘Jola Sotubo on [email protected]