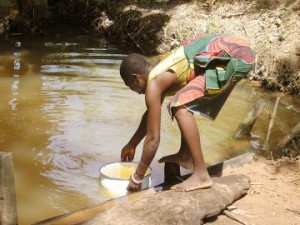 A pastor, Victor Nnaduagwu, has been found dead in Enugu State.

A source from Ilukpe Street, Asata, Enugu where the deceased lived said, “Some persons, who had gone to fetch water in the morning, saw his lifeless body and raised alarm, which attracted many people to the scene.

“The Pastor had several wounds in his body, suggesting that they might have killed him by hitting him with hard objects,” the source said, adding that the late cleric was an easy going man, “who ensured that we had security in the neighbourhood”.

“He was our security man in this street; you can see the location of his house. So each time, he was always there with his dog and with that he scared bad people away from this area. We are indeed going to miss him,” the source said.

Many residents were said to have fled the street on Thursday, for fear of police arrest.

Residents said the cleric’s battered body was found in Asata Stream, on Wednesday.

Confirming the incident, Police Public Relations Officer in Enugu State, Mr. Ebere Amaraizu said investigations have commenced into the cause of the pastor’s death.