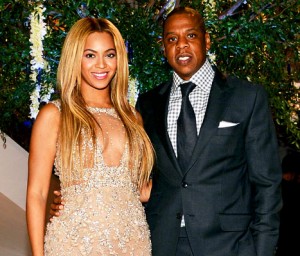 They deserve it. Superstar couple Beyonce and Jay-Z celebrated their fifth wedding anniversary in style on Thursday, April 4, by taking a not-so-clandestine trip to Havana, Cuba, where their presence created such a ruckus that police had to be called in.

One night before, hip hop’s first couple dined at famous restaurant La Guarida — accompanied by both of their mothers (Tina Knowles and Gloria Carter) — on Wednesday evening, and when word spread that the music moguls were dining inside, a crowd of curious fans gathered in Center Havana.

According to the Associated Press that tagged along with the couple, fans began to shout Beyonce’s name until she finally came out on a balcony and waved.

“She was beautiful, without a drop of makeup, very natural,” waitress Silvia Fernandez said. “What happened with the people was incredible.”

On Thursday, their actual anniversary, the pair decided to venture through colonial Old Havana, taking in the sights behind their trademark cool shades — the “Bow Down” singer posed with school children while Jay-Z puffed away on a Cuban cigar.

The impromptu trip comes amid a busy time for both music-makers. Beyonce, who recently spoke about being “happily married” to Jay-Z in the latest issue of Vogue UK, will kick off her Mrs. Carter World Tour in Serbia on April 15.

“Because of my love of sports, it was a natural progression to form a company where we can help top athletes in various sports the same way we have been helping artists in the music industry for years,” he said in a statement.

The superstar, super-busy couple tied the knot on April 4, 2008, in Paris, and welcomed daughter Blue Ivy in January of last year.