She also said there was need for Mr President to replicate what her late husband did on the Niger Delta militancy to end the Boko Haram insurgency.

Speaking during a posthumous award to Yar’Adua for his contribution to the development of the Niger Delta by the Niger Delta Young Professionals (NDYP) in Lagos, Turai, almost in tears, urged Jonathan to have compassion on children dying in the North everyday, just as she maintained that poverty had turned the region into a death zone

According to her, “President Jonathan needs to take the bold step my husband (Yar’Adua) took in the face of critical opposition by granting amnesty to Niger Delta militants when he saw the alarming rate at which children and women were dying in the Niger Delta region”.

Although Turai commended Mr. President, whom she called, “My brother”, for his readiness to grant amnesty to Boko Haram, she pleaded that the process should be fast-tracked so that the problem of insecurity, death and poverty afflicting children and women in the North could stop. 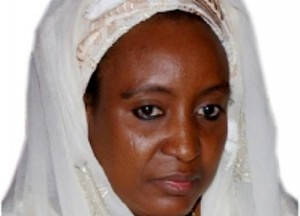 “This is your turn to do the same thing in the North. It is imperative of you to appoint good advisers who will guide and direct you on how best to handle the amnesty programme. My brother, I am not happy with what is going on in the North”, the former First Lady said.

Responding, the Minister of Special Duties and Inter Government Affairs, Alhaji Kabiru Taminu Turaki, said he will deliver Turai’s message to Mr President just as he said that the administration was leaving no stone unturned to ensure that insecurity ravaging the North was laid to rest.

Also at the event, Chairman of Arik Air, Sir Joseph Arumeni-Ikide, who was an award recipient, implored government to do more in the areas of employment, insecurity and enhancement of local content.

…President to Nigerians: Don’t be weary

President Goodluck Jonathan, yesterday, assured Nigerians that, despite the security challenge imposed on the nation by the Boko Haram group, it is not time to be weary because Nigeria will overcome. He spoke at the third National Presidential Prayer Breakfast meeting held at banquet hall of the Presidential Villa.

According to the president, “Nigerians must remain hopeful, focused and watchful to overcome all that is evil confronting our nation. We should note the saying of the scriptures that with men, it is impossible, but with God all things are possible”.

He added: “It is worthy to note that this breakfast prayer is coming after the Easter, a period when every Christian is expected to be focused, re-dedicated and reborn. With this renewed spiritual state, we should be poised on uplifing prayer. We are gathered here this morning not as a jamboree or one off activity but as a reminder for us to join our spiritual energies to pray to God to fill us with wisdom, strength, courage and guidance to make and implement right decisions for our nation. ”

I believe that all of us if we begin to do what is right individually and collectively, surely we will take our country to the destination we expect. We pray that God should use all of us Nigerians who know the right thing to do, to use all of us as change agents because if all of us do what is right, this country will continue to be a great nation”.

In a short exhortation to the gathering, entitled: The Blessings if…, Prof. Afolabi Falola, from a church based in Kano, said his message to the president and the gathering was like the valedictory message Moses gave in Deuteronomy Chapter 28 to the children of Israel at the end of his mission.