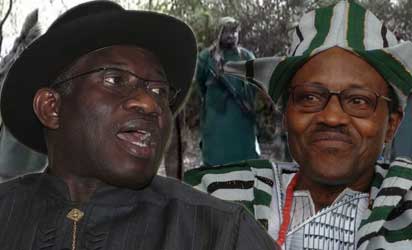 National leader of the Congress for Progressive Change, CPC, Maj-General Muhammadu Buhari (retd), yesterday, in his most vocal criticism yet of the way President Goodluck Jonathan is handling the Boko Haram crisis, described the sect as a creation of the present administration.

President Jonathan, through his Senior Special Assistant on Public Affairs, Dr Doyin Okupe had on Tuesday lampooned the former Head of State for failing use his clout as an eminent Nigerian to persuade members of the sect to accept dialogue as a means of ending the wave of violence currently sweeping the North.

General Buhari, who apparently was irked by the Presidency’s attempt to link him with the sect, asked Jonathan to leave him alone and find ways of resolving the Boko Haram crisis, which he said, was borne out of the failure of his government.

Speaking through the National Publicity Secretary of the CPC, Mr. Rotimi Fashakin, Buhari noted that it was wrong for the Presidency to accuse him of not calling Boko Haram to order when he did not have any relationship with the members.

Fashakin said: “It is unfortunate that a presidential aide referred to the legitimate desire of a statesman as inordinate. Away from the uncouth posturing of Dr Okupe, it is apparent that this fellow is conflating two unrelated issues and scenarios.

“General Muhammadu Buhari has consistently asserted that the political Boko Haram, the most virulent variant of the menace, is a creation of Jonathan’s regime. So why should a Buhari that did not understand the genesis of the funding and operation of this lethal unit of the PDP-led federal government, now join in appeasing them?

“That explains why the Jonathan regime cannot talk about amnesty for Boko Haram because it is akin to appeasing self. As a party, we strongly advise the Federal Government to come clean to the Nigerian people. The political Boko Haram is all about the Jonathan regime and no amount of carefully-woven spin can hoodwink discerning Nigerians,” the CPC spokesman declared.